–Board of Directors, Board Members, Committee Chairs 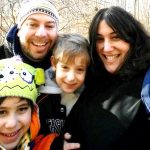 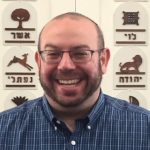 Rabbi Josh Wohl grew up in Detroit and has been involved in Jewish life from a very young age. He decided to enter Rabbinical School as a senior at the University of Michigan after he realized that he was spending more time studying Rashi then Rousseau.

Rabbi Wohl earned a Masters in Jewish Education from the Jewish Theology Seminary and has taught at multiple Jewish Day Schools in the New York metropolitan area. He began his pulpit career as a Rabbinical student, serving for four years as the spiritual leader of Beacon Hebrew Alliance Congregation in Beacon, NY. For the past seven years, he has served as the Rabbi at Agudath Achim Congregation in Altoona, PA.

Rabbi Wohl has been committed to building a caring community, fostering Jewish learning and developing social justice programs that make a difference in the community. He enjoys helping others search for joy and meaning in their Jewish practice.

Rabbi is married to Julie, a Jewish artist and educator and they have two very active children, Sam age eleven and Micah age seven. In his spare time, Rabbi enjoys playing basketball, tennis and golf and cheering on his beloved Michigan Wolverines. He also loves meeting new people and prides himself on his ability to have a conversation with almost anybody on almost any topic.

The Charapp Family have been members of Kol Ami/Kol Shalom since 2002 when their two boys began attending the Daniel Rothman Religious School. Since then, both boys have celebrated their Bar Mitzvahs, and their family has embraced the Kol Shalom community. Allison has worked with the school board, assisted with planning for renovation of the school wing, and spearheaded several integral fundraising efforts.

Allison has been a teacher for over 20 years and earned a Master’s degree in Education with a Bachelor’s degree in Theatre Design. Allison holds an Association Montessori International Elementary diploma and has Orton-Gillingham training in multi-sensory instruction. Beyond teaching the children at our religious school, Allison has developed education outreach for Volanz Aerospace (a STEM space science organization serving elementary children in Maryland), and has served as an education consultant for NASA.

Allison’s experience in introducing Jewish culture and religion as well as her extensive knowledge of teaching zoology, botany, and geography to young children lays a solid foundation for the Tree of Life’s Nature based Pre-school program. Allison’s passion for working with children and supporting parents guarantees that a solid foundation of cultural, religious, and academic awareness will be provided to the families attending the Tree of Life Pre-school.